Following a lengthy lean period, China, the most important market for the German machine tool industry, is regaining momentum.

Hoisting the German flag in the lead market of China 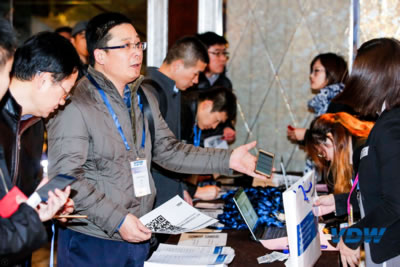 Frankfurt am Main, 12 December 2017. – Following a lengthy lean period, China, the most important market for the German machine tool industry, is regaining momentum. Reason enough for the VDW to host the second technology symposium in the Middle Kingdom. From 27 November to 1 December 2017, 20 German machine tool manufacturers were showing the flag in Tianjin, Chengdu and Shenzhen, spotlighting high-tech from Germany in a very compact programme. “We chose these three big cities for our symposium because they are strongholds of important customer sectors, and our members need more support in the provincial parts of China when it comes to market cultivation than in places like Beijing or Shanghai,” explains Dr. Wilfried Schäfer, Executive Director of the VDW.

Tianjin ranks as China’s leading free trade zone. No fewer than 142 conglomerates from among the world’s 500 largest corporations are registered here, including Toyota, Samsung, VW, Continental, Honeywell, Siemens and Airbus. Chengdu is famous for its engine manufacturers, and home, for example, to the aviation companies Avic and AECC Aero Science and Technology. Shenzhen, finally, has evolved into a high-profile electronics hub, exemplified by the mobile telephony giant Huawei.

Falk Herkner, Sales & Marketing Director of the machine tool manufacturer Werkzeugmaschinenfabrik Waldrich Coburg GmbH, a subsidiary of Beijing No. 1 Machine Tool Plant, is delighted to be participating in the VDW’s symposium. “We want to show the flag in terms of “Made in Germany”, and we are confident it will help us to generate new customer contacts,” he says.

The Chinese machine tool market expanded by four per cent during the first half of 2017 to reach 13.6 billion euros. This has boosted the previously ailing imports, which in the year’s second quarter soared into the plus zone. After Japan, Germany is the second-most-important supplier nation for China’s industrial sector. Following two years of decline, German deliveries rose by 18 per cent during the first half of 2017. China thus remains by far the most significant market for the German vendors.

“The demand from the Chinese automotive industry and its component suppliers is shifting towards more flexible solutions. The customers continue to need high-performance production kit. By reason of the enhanced product flexibility anticipated, such as more effective internal combustion engines or electro-mobility, we are being confronted with steadily more exacting requirements,” comments Wolfgang Römpp, Sales Manager Engineering at Mauser-Werke in Oberndorf.

More than half the participants, however, not only supply machines from Germany, but are also proactively involved on the spot in sales, service support, maintenance, training or production. “China is a huge, important market. The German machine tool manufacturers offer an enormously broad technological spectrum, for which in China there is a gigantic demand. In order to meet the wishes of Chinese customers, it’s vital to be represented in the Chinese market with a subsidiary of your own,” advises Hongwen Li, General Manager China, Index Trading (Shanghai) Co., Ltd. 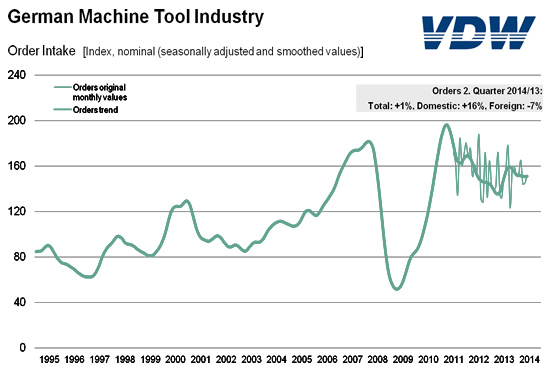 China aims to significantly upgrade its own industrial production operations. Which is why the approximately 750 Chinese participants in the VDW’s symposium from the automotive industry and its component suppliers, from the mechanical and electrical engineering sectors, and aircraft manufacturers listened with keen interest to the presentations from the German vendors on new machines, solutions and services. These focused on innovative high-tech complete-system solutions that meet the most stringent of requirements for productivity, flexibility, speed and precision. Jerry Lee, Regional Sales & Marketing Director at Polygon Precision Mold & Plastic Co., Ltd, Chengdu, was particularly interested in five-axis machines capable of manufacturing high-precision parts in tool and mould construction. He welcomed the VDW’s initiative in holding technology symposiums in some of China’s major industrial centres. “The symposium in Chengdu is a unique opportunity to interface with leading German machine tool manufacturers,” concurs Wang Limin, a supervisor at the aviation company Sichuan Chengfei Integration Technology Corp. Ltd. Division in Chengdu.

Official bodies in China take a favourable view of the VDW’s activities. Leo Huang, for instance, Executive Vice-President of the Foshan Nanhai Machinery Equipment Association, emphasised during his opening speech in Shenzhen: “For investment-related decisions at Chinese companies, attending this superbly organised event is very important, since the presentations showcase in compressed form the enormously diverse capabilities of the German machine tool industry.”

“The VDW’s symposiums are, next to trade fairs, vital platforms for the German manufacturers,” comments Klaus-Peter Kuhnmünch, who at the VDW is responsible for the symposiums held abroad. “They symbolise our appreciation of our Chinese business associates when we turn up with such a huge array of world market leaders. And they enable the companies concerned to showcase their corporate capabilities on an exclusive basis.”